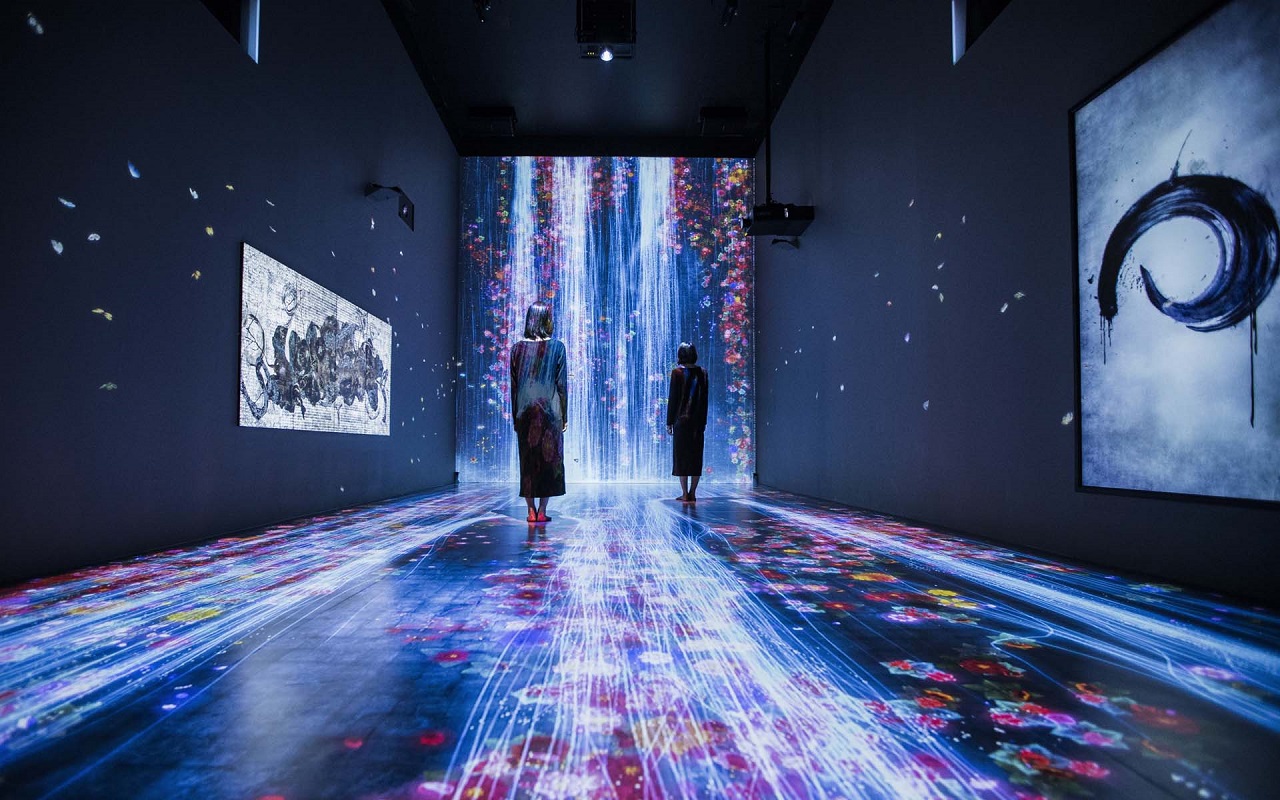 Their main advantage and novelty consists in interactivity (from interaction) – the possibility of using a computer program to seek, receive and exchange information.

On the one hand, computer art includes classical art works that have been digitized, and on the other hand, it includes radically new art works that cannot be created with ordinary paints, a camera, or obtained using a film or video camera. Computer art cannot be approached with the old aesthetic criteria. It is a phenomenon of an entirely different nature. In the hands of skilled artists, the computer is a tool for creating beautiful works, a universal mediator for many forms of creative activity, allowing us to develop and expand the very notion of art.

One should not put an equal sign between the art of computer graphics and traditional graphics: they are only indirectly related to each other. Of course, between them is common, such as the possibility of replication, but the differences are much more. Computer graphics refers to the creation of drawings and drawings using information technology that provides color, light, texture and movement that cannot be obtained by other methods and means. Its best examples, viewed on a high quality monitor screen, achieve infinite color variety and unique coloration. This is why many artists and art critics see the future of this art in the creation of large flat wall screens with alternating images.

Modern computer graphics can reproduce images from traditional painting, photography, film or video of different genres. For example, collage, created by its expressive means, is a movement from the clear objectivity of still life. real motif of a landscape to free composition and abstract form. Computer graphics allows the restoration of artworks made in the formats of classical aesthetics.

Each of us encounters computer graphics on a daily basis. It has a wide enough range of applications: it is used in the printing industry and architectural design, in the film and television industry (for example, in TV program splash screens and video clips). Computer graphics was one of the first to be used in the field of design. Now it is used almost in all its fields.

Graphic design is a creative process of artistic construction (modeling) of an object that unites art and the latest information technology. With its help books and magazines are decorated, a variety of promotional products (posters, posters, logos, emblems), performed architectural design, developed Web sites and web pages, portfolios and presentations, text and video effects (for example, in game design) using three-dimensional objects.

Vivid, recognizable and firmly imprinted in the memory – this is the result of the work of graphic designers. Their profession is one of the most popular in modern society. Without the participation of these specialists do not do publishing houses and advertising agencies, design and construction firms, the unthinkable existence of the cinema and television. No less in demand are computer designers of clothing and interior design, able to make our lives comfortable, convenient and attractive. Mastering the basic programs of graphic design: Adobe PhotoShop Illustrator, CorelDraw, Corel Painter, InDesign, the key to success in these spheres of artistic creation.

Computer animation – art of creation by means of information technologies of moving images on the screen. Computer animation is a synthetic art as it can include computer graphics and music. animation films combine an interesting storyline, three-dimensional objects, painterly “flat” drawing, special effects, “live” motion and high-quality sound. Animated films often use photographs of real landscapes as a background.

Three-dimensional three-dimensional graphics (3D) are particularly popular, and have defined the emergence of a new virtual art. When cinematography began to use digital technology, it became possible to create three-dimensional objects on the screen. similar to puppet animation, but made much more virtuosic and convincing. The artist sets the initial and final positions of moving objects on the screen, all intermediate states are calculated and depicted by the computer based on the mathematical description of this type of motion. The resulting drawings are displayed sequentially on the screen with a certain frequency, which creates the illusion of movement.

A modern computer makes it possible to quickly calculate the position and movement of each point and line of a three-dimensional model, and then to cover this model with any texture. Moreover, using a special technology creates smooth animation of the three-dimensional character’s movement, rather than jagged and discontinuous, as is the case in puppet animation. Its essence lies in the fact that the actor wears a special suit and with the help of infrared sensors placed on it, all his movements are read out, which is then exactly repeated by a three-dimensional computer character. This technology was used, for example, to create the image of Gorloom in the film trilogy “The Lord of the Rings”.

A real breakthrough in the creation of three-dimensional images on the screen was the film “Avatar” (directed by J. Cameron), 60% of which consisted of computer graphics.

Advanced motion capture technology was used during the filming. In addition to special suits with infrared sensors, the actors wore helmets with miniature cameras mounted on them, filming their faces. This made it possible to reproduce not only all the gestures of the actors, but also the nuances of their facial expressions down to the movement of eyelids and pupils with unprecedented accuracy on the computer screen. In addition, it was now possible to create a much wider space for capturing motion, placing the cameras at a greater distance from the actors.

Also new was a special virtual camera that allowed real-time observation of the actions of virtual replicas of the actors in Pandora’s digital world. Thanks to this, the director could manage the scenes in the same way as in a normal movie shooting. On the monitor, he saw not the actors on the background of the shooting pavilion, and the characters of the film in the rainforest. A new approach allowed the crew to partially abandon the services of makeup artists and technicians in charge of creating images of aliens and other characters.

One of the most famous areas of computer art – computer music – emerged back in the 1950s. Using new technologies, some computers were already at that time trying to find better ways to compose and play music. Whereas it was only recently that computer music was the subject of research, today the creative process of creating it has become much more important.

Computers have revolutionized the field of music by giving birth to a musical culture. For most of today’s composers, the computer has become one of the most important musical instruments directly involved in the creation of works. They have all sorts of musical technologies and special effects at their disposal, allowing them to give the composition a classical or modern or futuristic sound, to achieve incredible purity of sound or, conversely, to give the musical work an effect of antiquity.

Nowadays, the term “computer music” has two different meanings. In a broad sense, it is roughly the same as electronic music based on the latest information technology, and in a narrow, scientific sense, it is the use of software algorithms in the process of creating a musical composition. Computer music gives the listener a chance to plunge into a world of amazing sensations. The mysterious sounds of the pendulum, the ticking of the clock, the faint rustling of pages turning over in the course of its playback constitute a special palette, which cannot leave anyone indifferent. At the beginning of the 21st century, computer music includes many styles and varieties.

Nowadays no popular performer can do without computer processing of musical recordings. the ability of synthesizers to copy the sound not only of instruments, but also of the human voice has made them an essential accessory of all recording studios. Entire musical ensembles are working on recordings at different ends of the globe without meeting each other. Films are being produced, with music composed and performed by computers. As computer technology develops, the number of such examples will only increase.

The possibilities of using the computer in music are endless: it can be used as a musical instrument which can be controlled by a keyboard, as an interpreter of vocals, as an improviser and composer of new music based on software algorithms. The owner of a computer with even a basic musical education is able to create a “hit” composition. Anyone can record a solo CD in a modern studio: the computer will make the voice more pleasant and correct false notes. But there are costs and extremes in this useful, necessary business. For example, some pop singers refuse to improve their vocal data, to strive for soulfulness of performance, believing that the computer will do everything for them…

Computer music is trying to revive the practice of live concert performance in the context of electroacoustic music, to bring the performer back to the stage by giving him or her a new means of expression through movement, voice, look. This, in turn, requires the creation of fundamentally new musical instruments, sometimes completely unthinkable within the framework of traditional instrumental music.

Interactive computer performance is a type of visual art in which the work is any action of the artist, observed in real time. Performance art is based on the idea of art as a way of life that precedes the creation of any material objects and even makes them superfluous.

Today the world of visual arts is able to offer us something more than mere contemplation. On the basis of technologically complex structures, a kind of “environment” is created that resembles a theatrical spectacle, a performance in which the “spectator” (computer user) is actively involved. He can move in the virtual space, influence and change the “environment”. This technology, called VR, is particularly successful in computer games and is especially popular with schoolchildren.

When interactive systems are used in concert practice, the boundaries between composition and performance are often blurred. 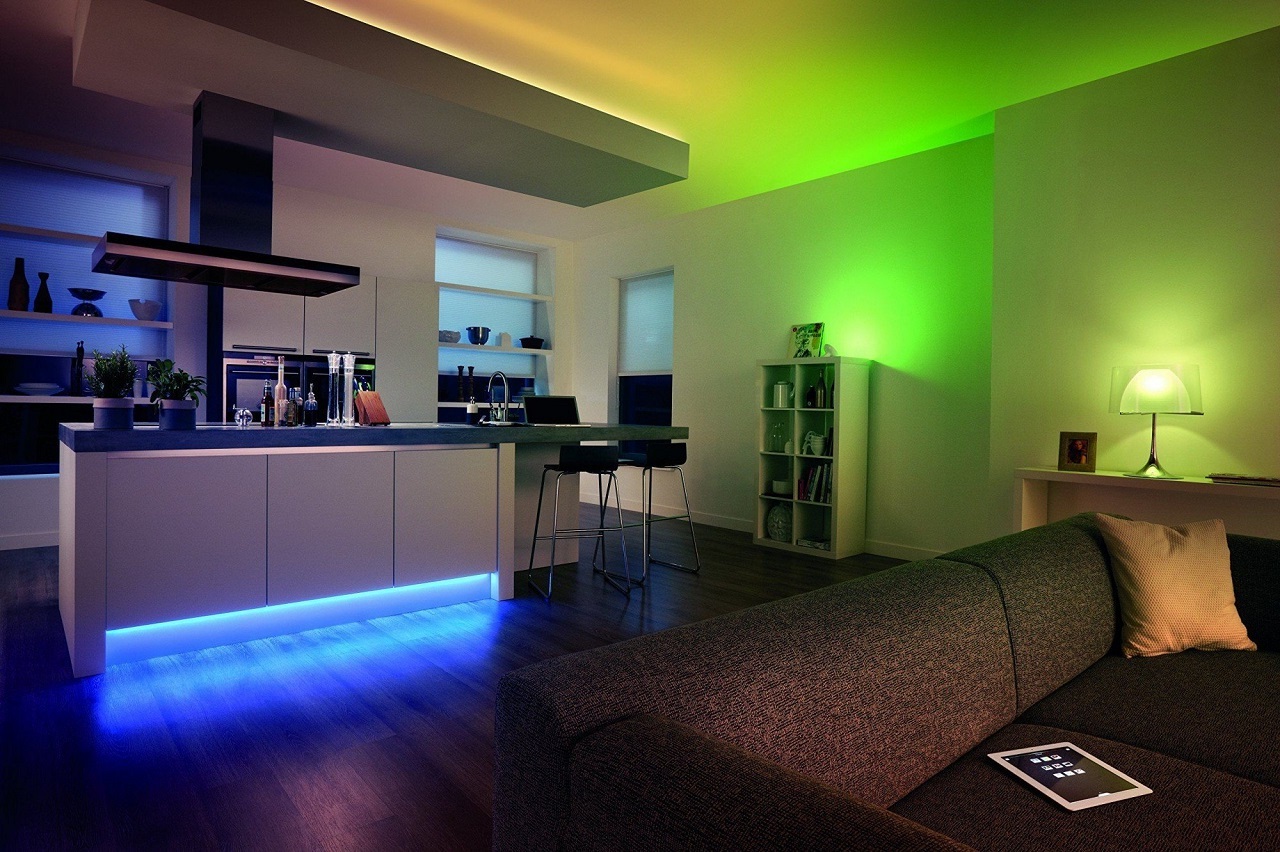 Photography is a great hobby that can be turned into a profitable business. There are many types of images that you can try your 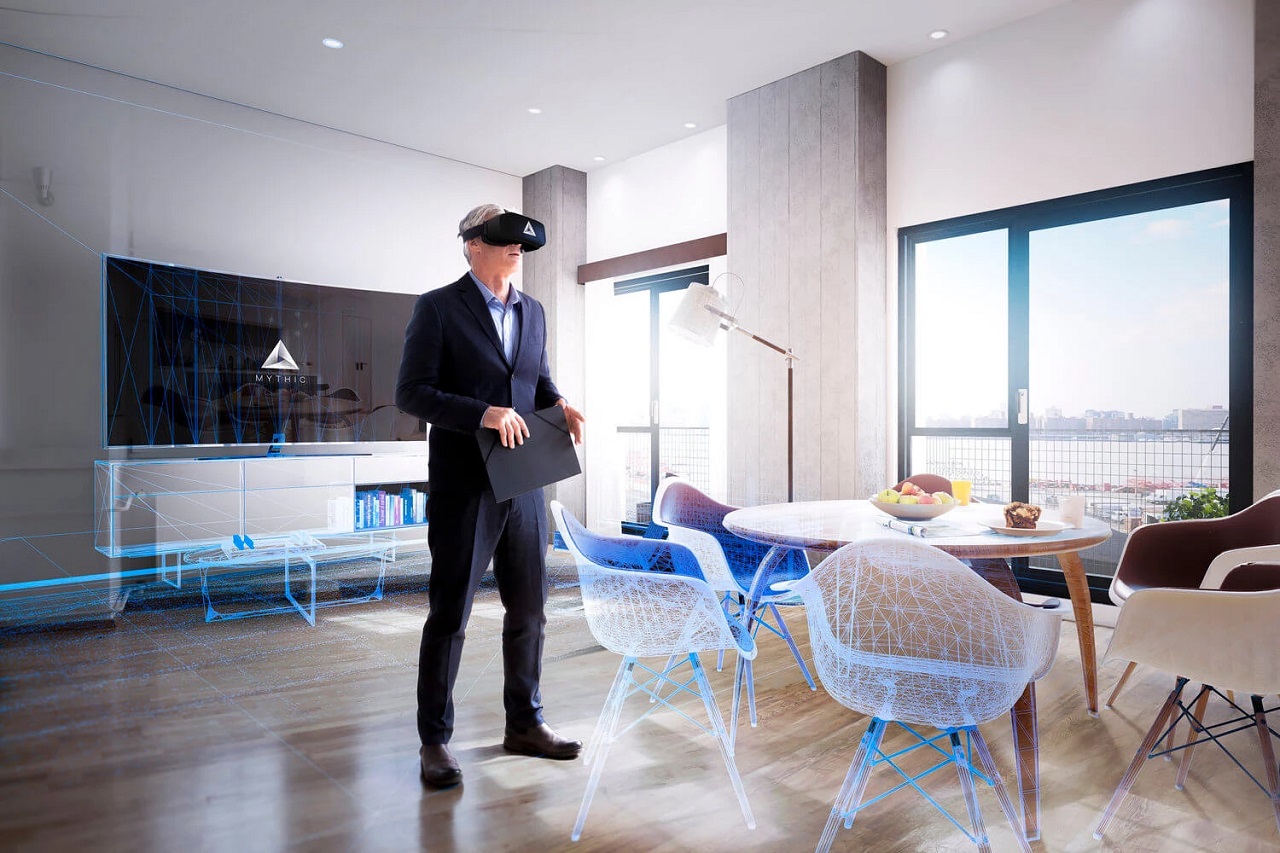 Virtual reality technologies have long ceased to be the privilege of the entertainment industry. They are penetrating into serious spheres: medicine, industry, spacecraft development. 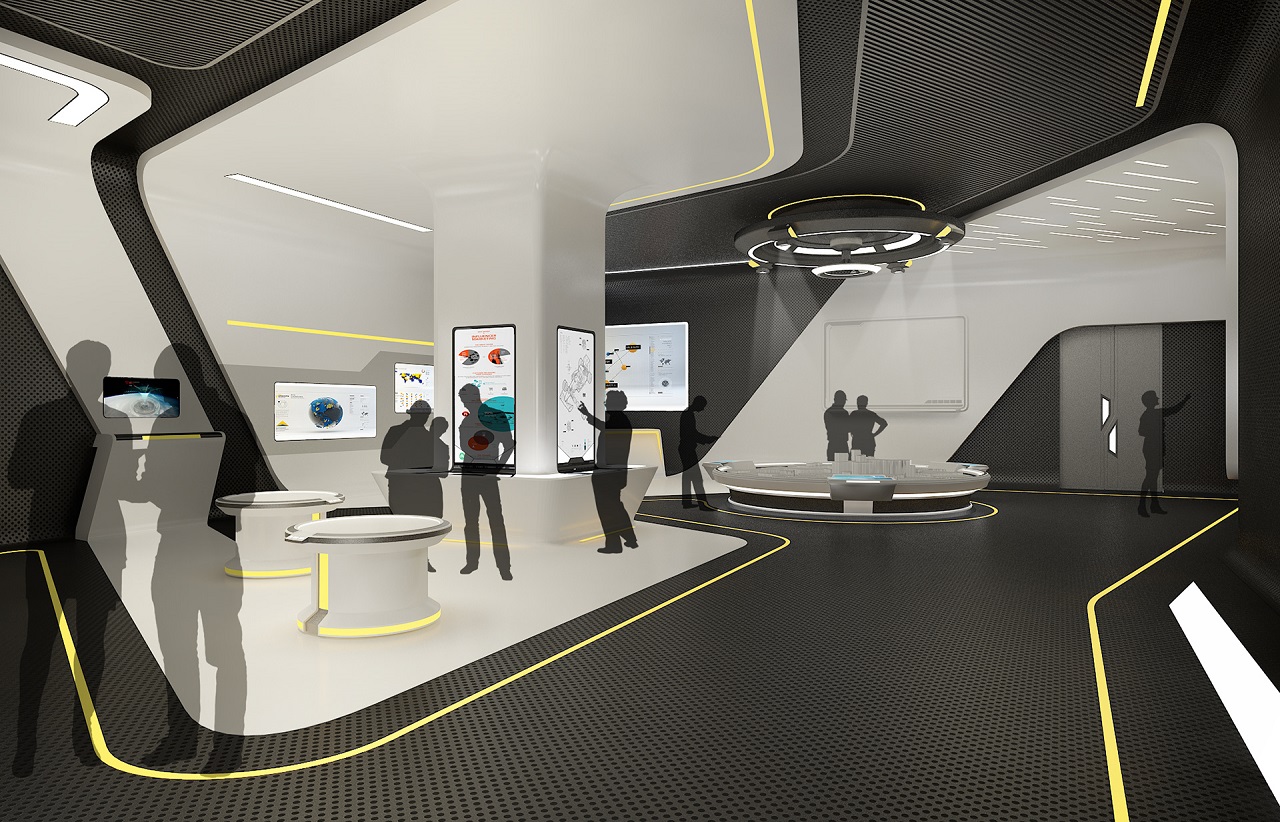 Interior design is the process of shaping the interior of a space to reflect the individual needs and tastes of the client. It can